Actee is a part of management training for industrial enginners!

We (Avans Hoogeschool) have used Actee games and tools as part of a longer course for industrial engineers. These engineers have a course for management skills on their second year. This part of their education helps them get tools to tackle management issues such as handling conflicts or focusing on different styles of leadership. The students play an ActeeLeadership game ahead of participating in the management course. They were asked to read the Actee presentation of the leadership styles and play the game. Then they were tasked to define their own style of leadership ahead of playing the game and then reflect on what styles the game told them they were using in that setting.

Both students and teachers have all been very positive once they had played the game. The greatest benefit was that students are now able to identify different styles of leadership and apply them when needed. A bonus was the ability to focus on organizational climates and act accordingly. Next year, Elfi and Avans is going to spend more time playing the games with the students. The reason for this is that the students were able to activate themselves rather than remaining passive during the course. There is a difference between hearing about a leadership style and applying it in a scenario.

Avans has approached Actee games by making a short video for players on how to get started and then doing a short presentation of the theories ahead of playing. A great thing about using Actee simulations in an educational setting is that the games are intuitive – even to someone who has a limited understanding of the underlining theory.

'Instead of reflecting after each chapter, we decided to let the student play the full game and then discuss afterwards when they met. They did send the students some questions for reflection when they were invited to the game. The students were thus able to self-facilitate throughout the game. All the teachers who play the game want to start using it themselves – the challenge is to make them play and see what it is all about.'

Create Your Own Session 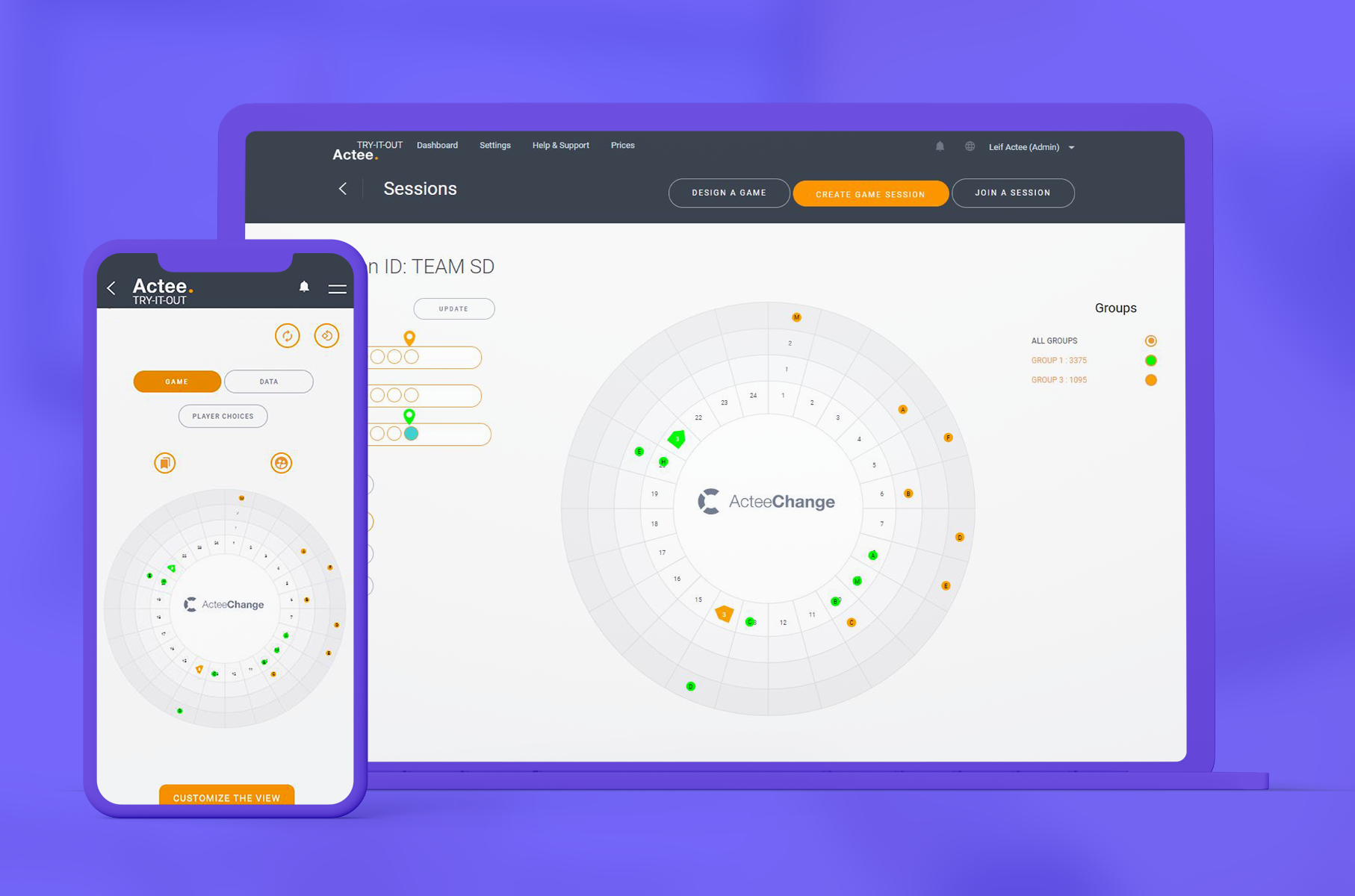 Learn more about the Cycle games by testing them yourself! 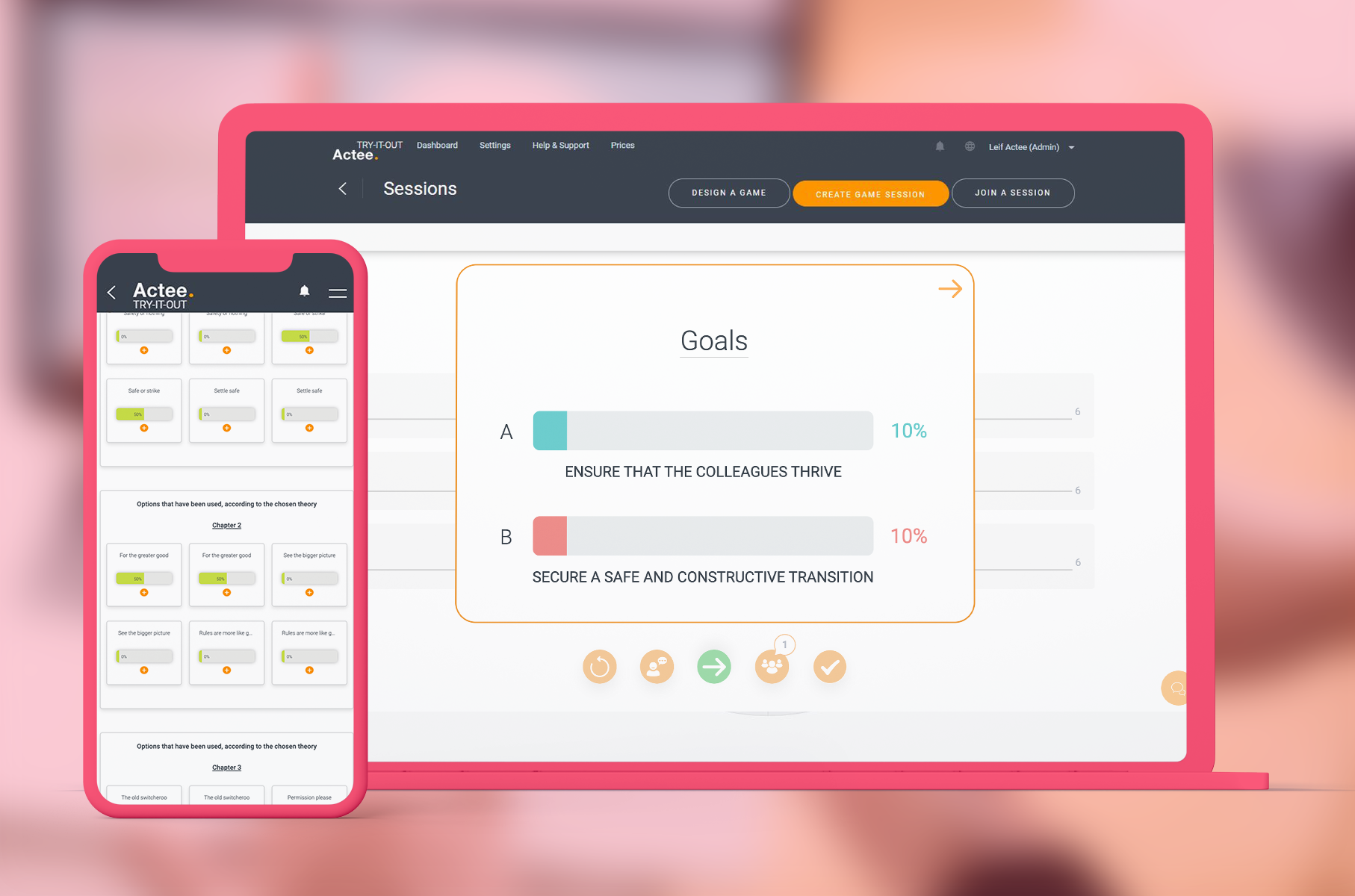 Learn more about the Barometer games by testing them yourself! 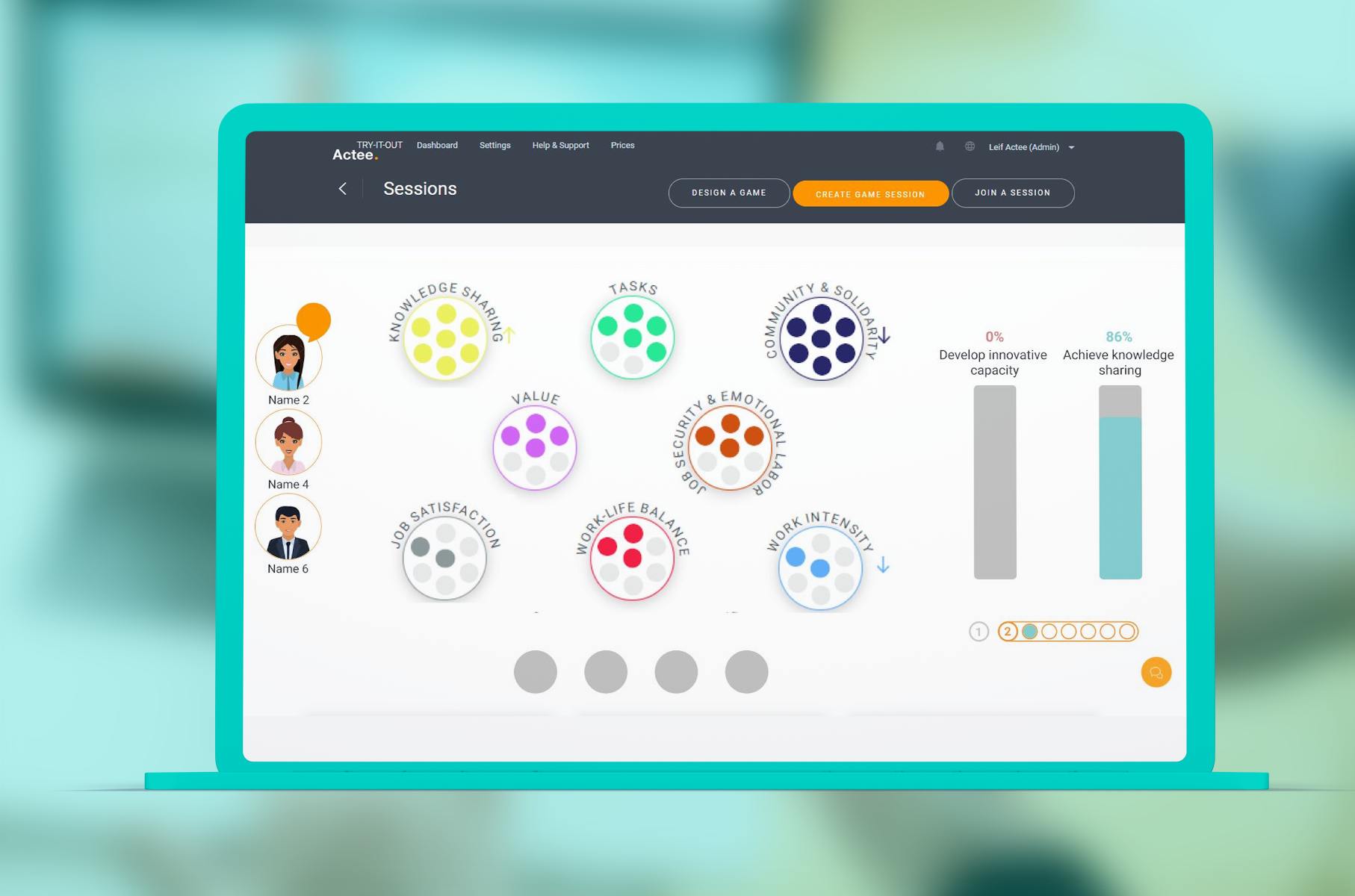 Learn more about the Bubble games by testing them yourself!